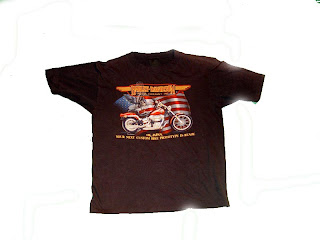 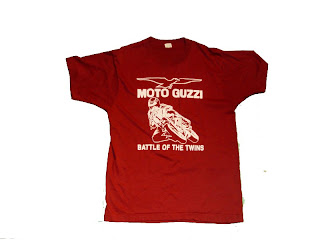 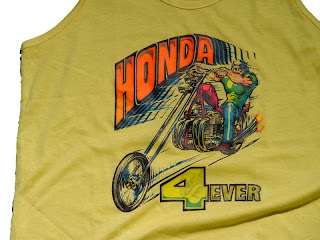 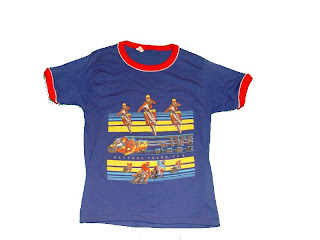 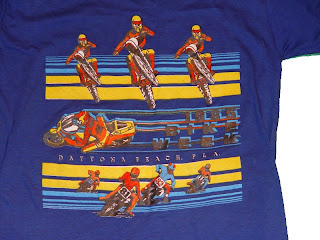 I have a collection of cool motorcycle t-shirts. I love everything from the 70's and have no idea how it happened. I remember in the 80's I hated the seventies, I obviously didn't understand cool, wow self awareness and enlightenment is cool!

Daytona Bike Week has been a tradition since January 24, 1937 - the inaugural running of the Daytona 200. Perhaps it was the appeal of hard sand, warm winter days and the excitement of that first motorcycle race on the beach, that made Daytona Beach the home of Bike Week. Now, the event is usually held on the first full week of March and contends with the Sturgis Motorcycle Rally as the most popular motorcycle rally in the United States. Bike Week has always had a flavor of its own. The rally started on January 24, 1937. This first race in Daytona was a 3.2 miles (5.1km) beach and pavement course, and won by Ed "Ironman" Kretz from Monterey Park, California, riding an American made Indian motorcycle. This yearly race took a break from 1942 to 1947 due to World War II. During the years off, an unofficial event was still taking place commonly called Bike Week. In 1947 the official race resumed and gained in popularity. The event was then promoted by the late William France Sr., co-founder of NASCAR. Some time after the war, the event began to take on a rugged edge. While the motorcycle races on the beach were organized, events surrounding the race were not. As time passed, locals became afraid of the visitors and law enforcement officers and city officials were less than enthusiastic about what some termed an "invasion". Relations between the Bikers and law enforcement officials continued to worsen. When things appeared to be at their worst (after the 1986 event), a special task force was organized by the city in cooperation with the local chamber of commerce to improve relations and change the magnitude and scope of the event. When photojournalist and writer Roby Page first started trekking to Daytona Beach, Florida, for Bike Week in 1985, the counterculture gathering was dominated by rogues, ruffians, and rebels. In Bike Week at Daytona Beach: Bad Boys and Fancy Toys, Page gives us an understanding of the visceral, even elemental thrills of traveling by motorcycle. He tracks the history of the outlaw biker image from its origins in the wake of World War II and vividly documents the evolution of two American icons - the Biker and the Harley-Davidson Motor Company, creator of the machine favored by bikers. Cold beer, great burgers, pool tables, and old Florida hospitality! This ringer tee from the 1985 event with its amazing graphic design, conveys the frenetic energy and pace of the Daytona 200.
Email Post