Through the early to mid 1960s, Sears used the same advertising image of their D-Pocket motorcycle jacket year after year.  These are probably the most common that you see today. These jackets were made under a variety of labels.  Earlier ones were made under the Sears Hercules label, of which there were several versions over the production run. Some were made with Fieldmaster labels, other with Oakbrook sportswear, and later models with labels from "The Leather Shop". 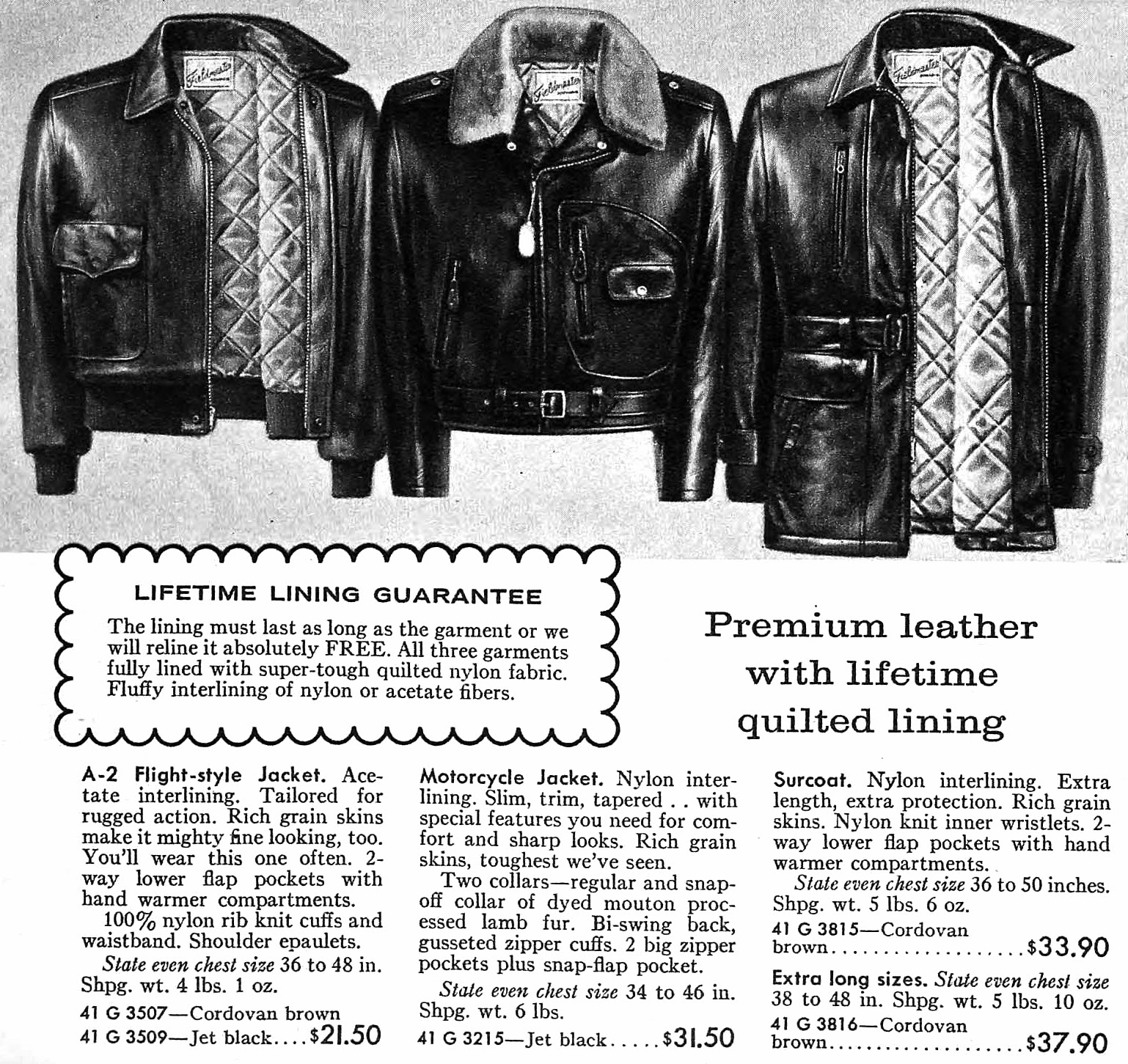