Albert Richard grizzly, endorsed by Sid Wagner, who would go on to play for the Detroit Lions.  More on him here.

One of the defining features of the 1930s Laskin Lamb jacket was the belted waist. It's not a feature carried over from the 1920s fur blouse, so where did it come from?  Most cossack styles had either side adjusters on the waistband on at the ends of the half-belt. The thick mouton fur on the back precluded a fancy pleated back or half-belt, but not adjusters on the waistband. Flight jackets descended from one piece flight suits like the B-2, or like the Beck Northeaster 333 pictured below had a similar belted waist arrangement. 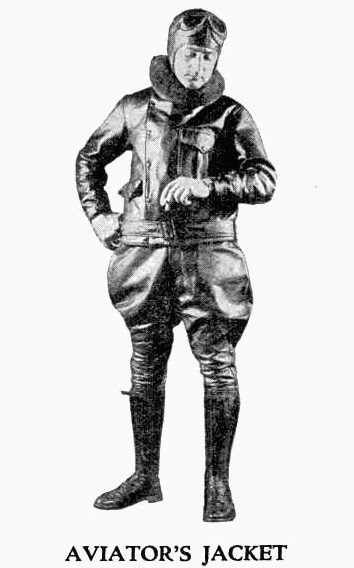 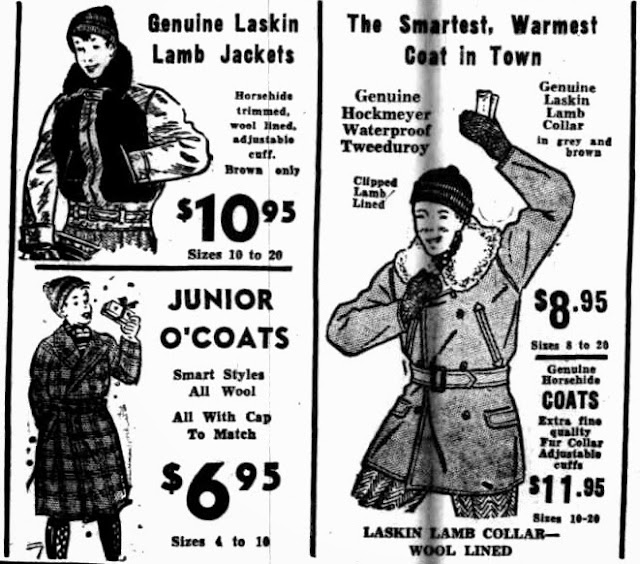 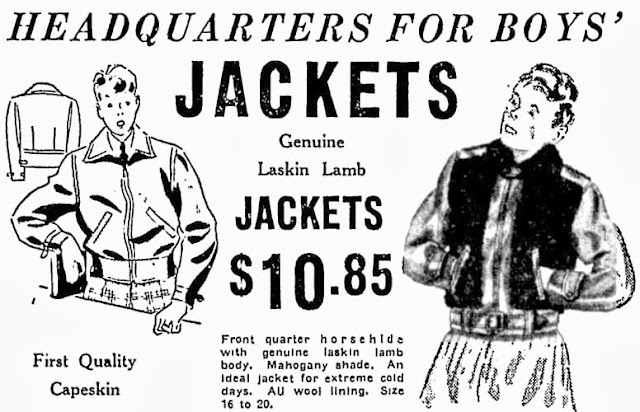 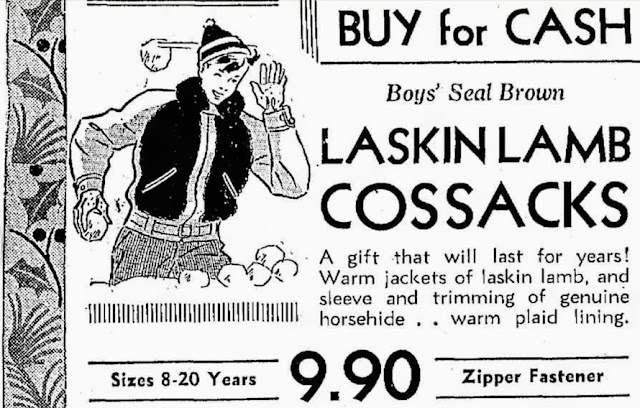 Mr. Grizzly gets a broom to the back of the head from Frosty the Snowman. 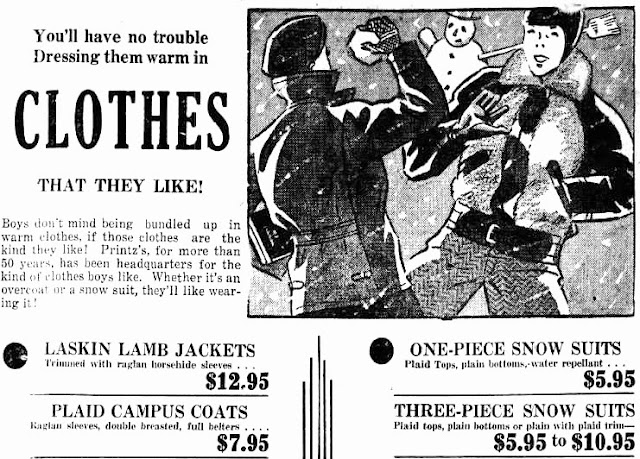