A brief recap on the history of the company- the full writeup can be found here:
http://vintageleatherjackets.blogspot.com/2013/09/albert-richard-leather-jackets.html
Albert Richard's parent company opened in 1902 as a glove manufacturer, and began making leather jackets in the 1920s.  They were also known for their wool sportswear.  In the 1950s, they were bought out by hunting garment manufacturer DryBak, who relocated their factory several times, and eventually dropped the line.

As luck would have it, I have three different generations of their blanket mackinaw in my hands right now.  The one at left, a mid 1930s model made from "multi-stripe" Hudson's Bay point blanket material is my go-to winter coat out here in Bozeman, Montana.  Pictures of it can be found here: http://vintageleatherjackets.blogspot.com/2013/09/albert-richard-mackinaw-coats.html.  As with many of these early mackinaw coats, it is unlined, but the early blankets were extremely thick and heavy and came from the woolen mill with a thick nap, which gave them additional insulation. Although these blanket coats have never really disappeared, the bright colors certainly do draw attention- I get compliments and questions about it all the time. 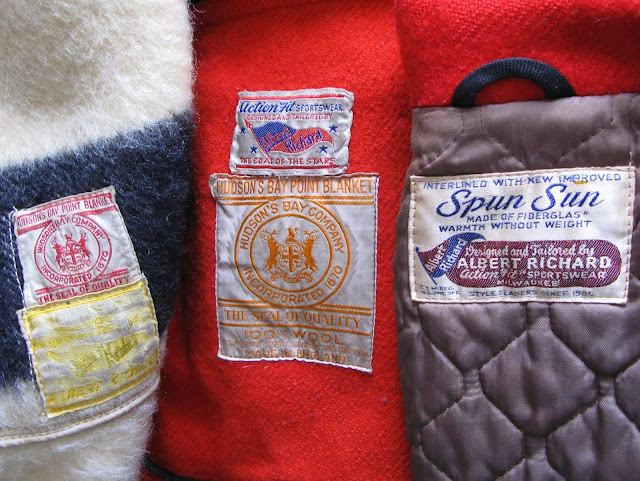 Me wearing the multi-stripe Albert Richard coat on the left. It does its job well out here in Montana. 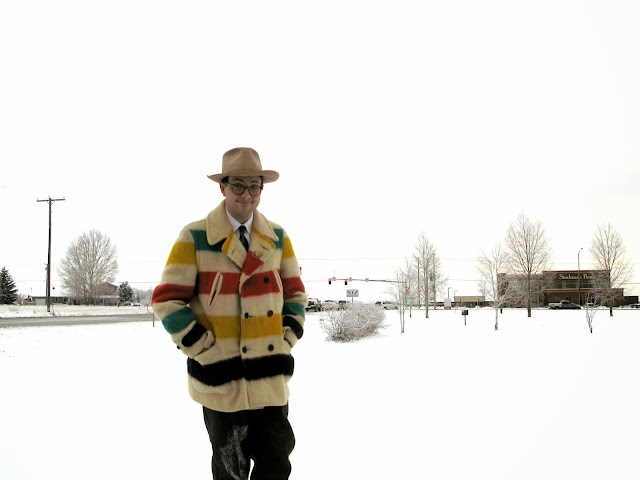 The coat in the middle also dates from the 1930s, but is slightly newer than the multi-stripe version.  It has a larger Hudson's Bay company label, although the cut of the coat is basically the same.  Albert Richard advertised the "Action Fit" on this version of the label in the late 1930s. I currently have it up for sale: http://www.ebay.com/itm/271323676616 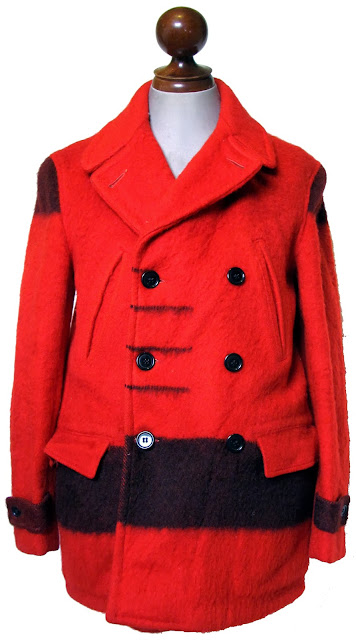 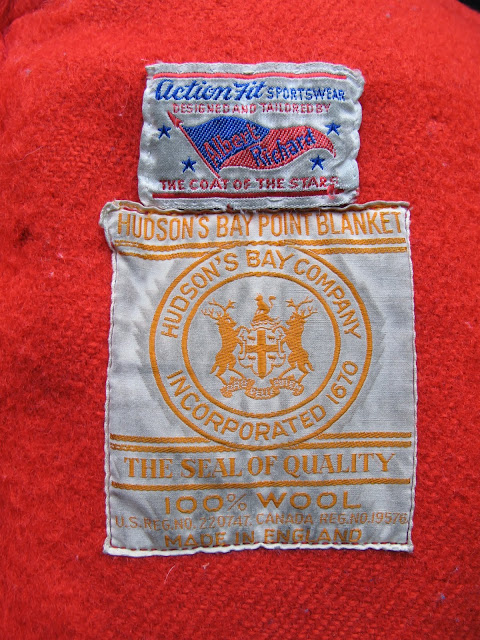 Here's an example from the tail end of the original Albert Richard, dating from between 1946 and 1952- probably from later in that time frame.  Albert Richard innovated the use of fiberglass as insulation in their coat linings, a technology borrowed from the construction of B-29 bombers. It's interesting that the tag puts their founding date as 1905, which coincides neither with the founding of parent company Fried-Ostermann or the introduction of the Albert Richard name. By this point, Albert Richard had switched away from the Hudson's Bay point blanket material to an unknown woolen mill's striped blanket material.  It's a lighter weight wool, without the thick nap, and with a different stripe pattern than I have seen before.  Blanket materials, particularly those by the Hudson Bay company were expensive. With the "Spun Sun" lining, Albert Richard could give the same warmth as the unlined 1930s example above with a less expensive wool.

It was around this time that the Hudson's Bay Company started having coats made specifically to be sold by their stores, instead of licensing their fabric for use by other companies, which probably also played a part in the material shift.  Other blanket coats I have had from this 1950s period had the same shift away from thick shelled unlined construction.  Interestingly, many of these companies were also well known manufacturers of leather jackets. See this Lakeland from 1947, this Lakeland from 1964, and this early 1950s Buck Skein. 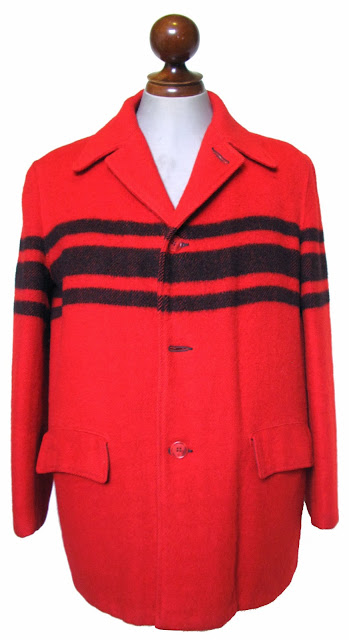 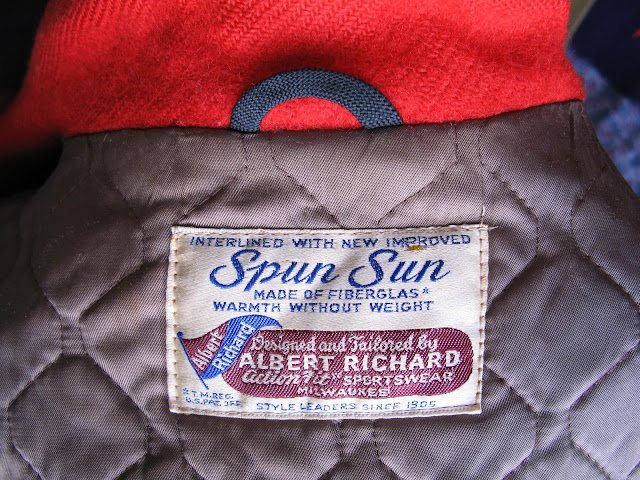