This motorcycle jacket was made in Canada, probably by the British Manufacturing Company (later British Cycle leathers, later Brimaco).  The basic design takes heavy influence from the Harley Davidson Cycle Champ style. This is one of the earliest Canadian-made versions I have seen.  It has early bell-shaped Lightning zippers.  The epaulettes are stitched down, whereas later versions had snaps at the end. It has a large D-pocket, with smaller flapped patch pockets.  The Cuffs zip open, while later versions have a leather expansion gusset inside.  The cuffs snap closed over the zipper to make sure they are truly closed.  The jacket has factory studwork reinforcement at all pocket corners and on the epaulettes. The silver color of the leather on this one is truly unusual- for a rider who wanted a bit more flash than the usual black. 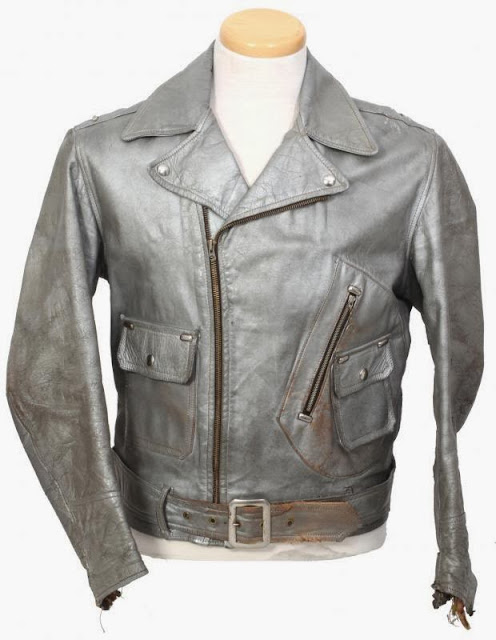 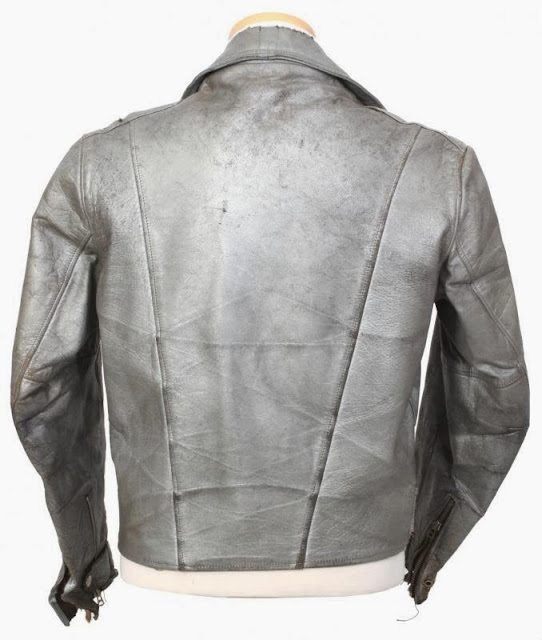 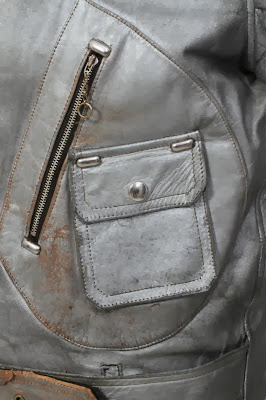 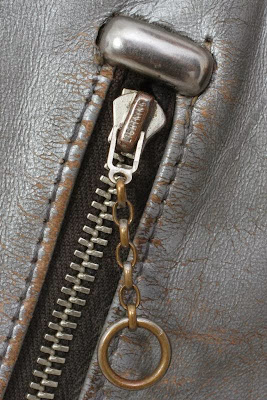 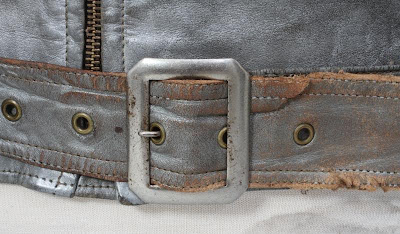 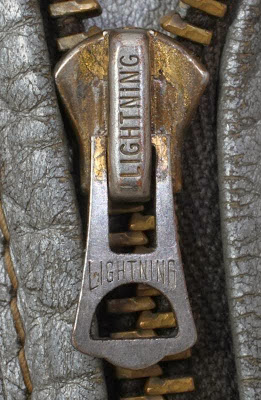 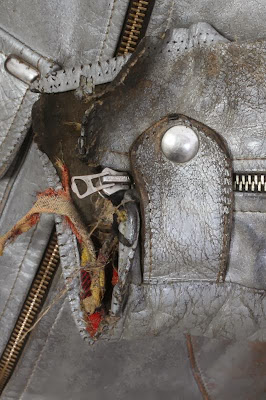 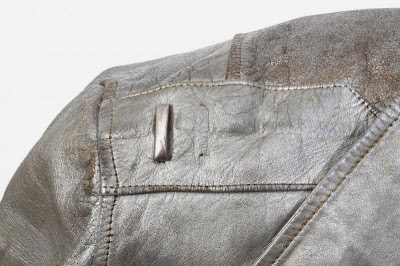 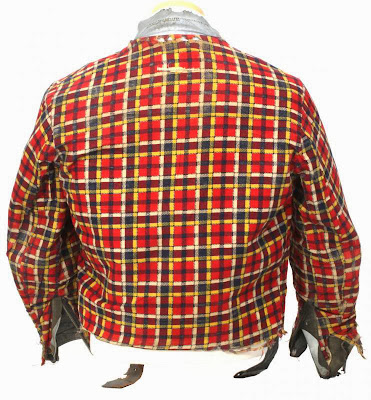