The ad below, dating from 1939, is interesting for a number of reasons.  First is the pocket.  It follows the conventions of what would become the d-pocket, with the curved stitching and the smaller cigarette pocket, but is flipped, with the opening functioning as a handwarmer pocket. This general scheme, in a symmetrical setup had been around since the 1920s, without the sub-pocket. Is this just a variation on a pocket style, or a stepping stone on the way to the motorcycle jacket d-pocket of the postwar years?

The ad is also interesting regarding the jacket length.  This style is best remembered as a waist or hip length- a short style.  But they were also offered in longer, "over the hip" styles.  This ad, along with many others of the period, equate this "aviator" style with the jackets worn by the Army Air Corps, despite having very little in common design-wise.  Although the "aviator" name for this style survived until about 1946, after the war, it would be applied to civilian variations on the A-2

The ad offers this aviator jacket design in both leather and in "ski cloth". Many leather jacket designs of this period and the decades before were offered both in leather and in wool, so it's no great surprise to see it in non-leather materials.  It is interesting, however, to see the crossover between this jacket style and ski jackets.  In essence, both were double breasted coats cut down to waist length, but I don't think I've ever seen such a direct link.  Below are double breasted ski jacket styles from 1941 and 1942. 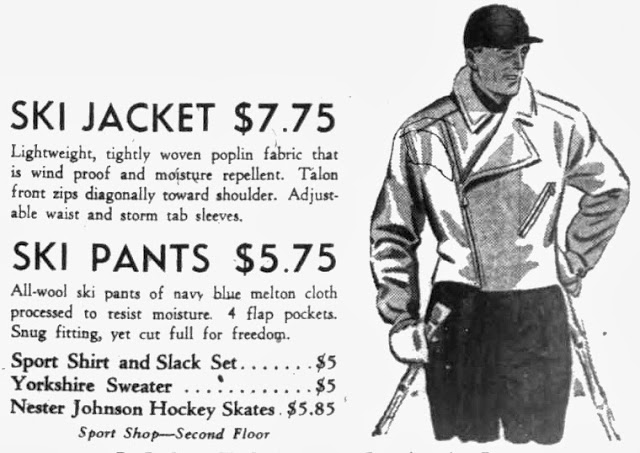 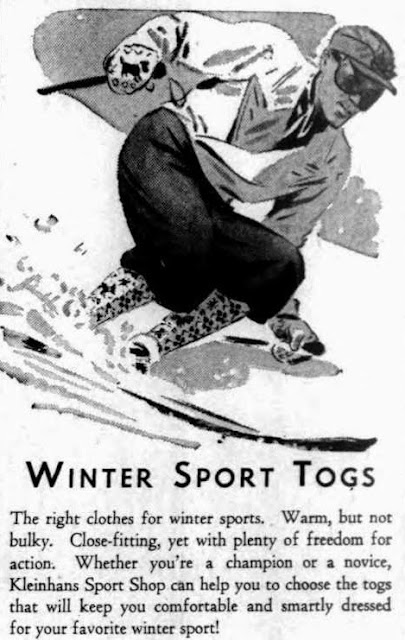