Fried-Ostermann was founded c.1902 as a glove manufacturer. They bought out their competitor, Price Gloves, and relocated production of that company's products to their original factory, located at 617-645 Reed Street, Milwaukee, WI. By 1915, the company had gained a partner, and was known as the Fried, Ostermann, Meyer Co, but that looks to only have lasted until 1917. As the company grew, they relocated to 1645 S. 2nd Street, Milwaukee, WI.

Fried-Ostermann diversified out of gloves and into outerwear in the late 1920s with the formation of a new division of the company, called Albert Richard. The leather jackets, mackinaws, overcoats and sportswear produced by Albert Richard would soon come to eclipse the glove-making side of the company.

1932 Ad, courtesy Baron Kurtz Vintage. A really fascinating style, with a band collar, throat latch tab, buttoned cuffs, side buckled adjusters and patch pockets.  The separable bottom zipper revolutionized the jacket market around 1930, allowing for modern full zip fronts which allowed you to put them on "coat style".  In the 1920s, with closed end zippers the only option, pullover styles like this were the only way to use a zipper on a jacket. The convenience offered by the new separable type made this style a rarity by 1932. Please also take note of the wide variety of leather types and colors available. 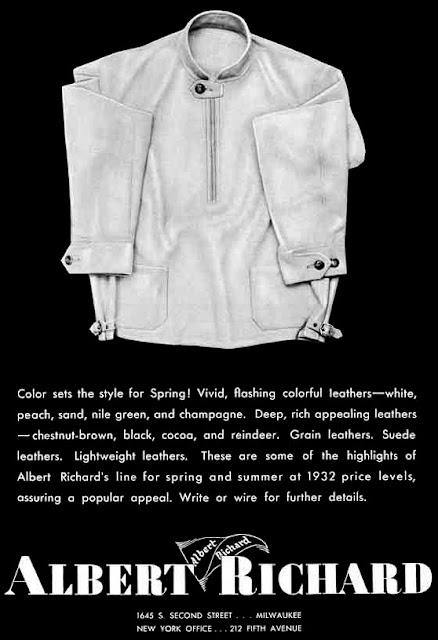 Pre-war advertising stressed health and sports, with endorsements from college football players. These ads also talk about bringing items of clothing which were previously thought of as workwear, like mackinaws and leather jackets, into the realm of ordinary streetwear, citing their comfort and durability.

1936 Ad for a horsehide trimmed Laskinlamb jacket. This style is now referred to as a "Grizzly". 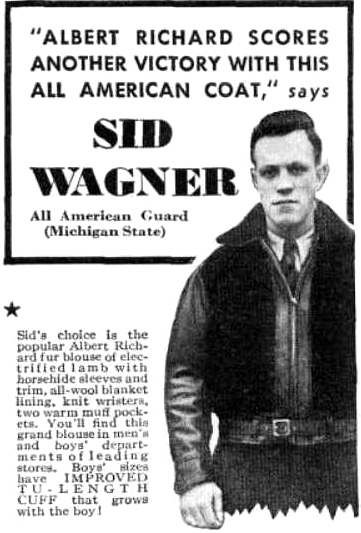 During WWII, the Albert Richard factory made A-2 (contract AC 23383),  M-422A (contract 1406A), M444A and M445A flight jackets under the name of their parent company, Fried-Ostermann.  They advertised leather jackets, overcoats and sportswear heavily during WWII,  giving their jackets model names like the "Spitfire" and the "Meteor". During the war, the company gave away wall-sized posters showing a range of american military airplanes. 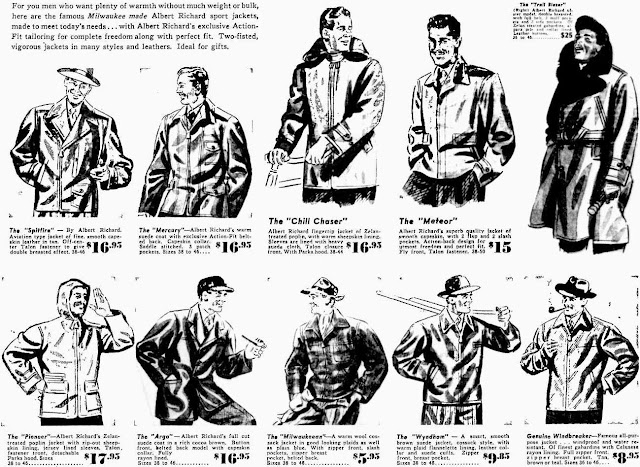 850 workers were employed by Albert r in 1946, with plans to hire another 400.  The company was one of the first to use fiberglass insulation in coats, a technology borrowed from b-29 bombers. (source) Sheepskin collared "storm coats" became a signature model after the war. 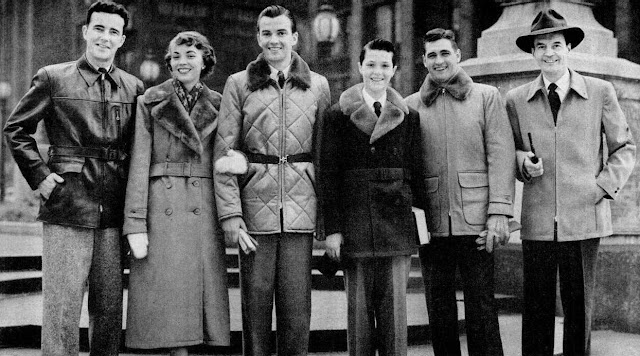 President of Fried-Ostermann, Richard Fried, sold their Albert Richard Division to the Drybak corporation of Binghampton, NY in late 1952. (source) Drybak, a maker of canvas hunting clothing was looking to diversify their line. In the deal, they got the licensing, branding, patterns, dealership network, but other than the Vice President and designer for Albert Richard, all of the employees and equipment stayed at the plant in Milwaukee. Fried-Osterman re-focused the attention of their plant on the production of gloves, and on producing leather jackets under house labels for mail order and department stores.

Starting in 1953, under Drybak's ownership, Albert Richard clothing was once again produced, this time under contract at a factory in New Jersey, which Drybak declined to name. (source) The plan at that time was to have production moved to New York by 1954. Labels were changed in this period to read "Albert Richard by Drybak".  In 1955, Drybak acquired the Martin Mfg. Co. in Martin, TN. They closed their Binghamton operations in that same year and relocated their hunting clothing manufacturing and their Albert Richard division to the Tennessee plant to take advantage of the lower labor costs in the south.  (source) 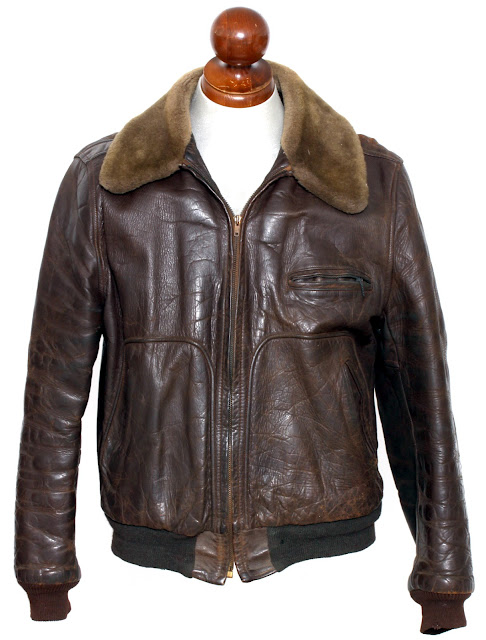 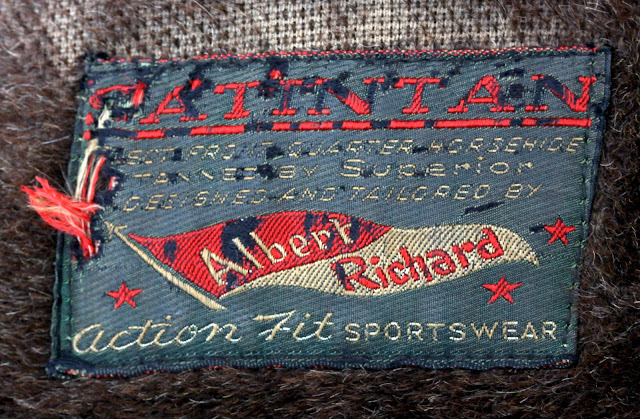