Article from 1942, by Marrion C. McCarroll 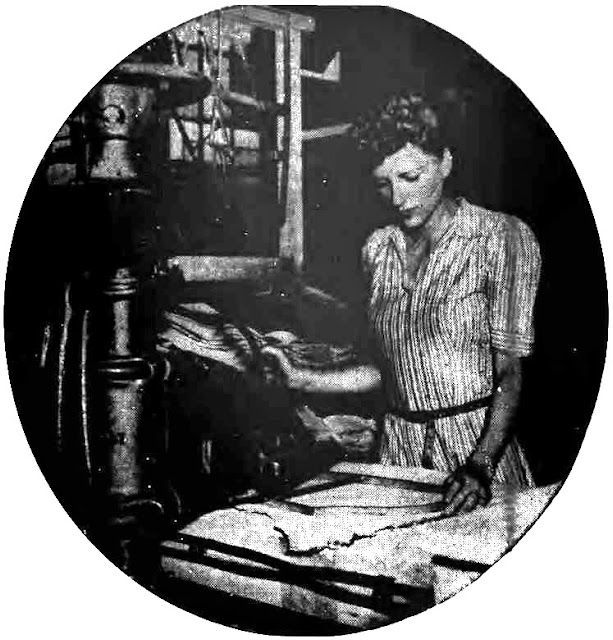 Standing at her "clicker", or cutting machine, Dora Salvini stamps out sleeves for flyers' combat suits.

In the great army of women war workers who labor night and day along Uncle Sam's home front, there are many engaged in tasks equally as important, but less glamorous, perhaps, and certainly less publicized, than those concerned with fashioning bomb sues or wings for airplanes.
Typical of these little known war time heroines is 22 year old Dora Salvini, of Jersey City, who works on a "sewing machine assembly line" in a New Jersey factory, making laskinlamb combat suits for U.S. flyers. Expert at almost every one of the nearly 50 operations that go into the making of a complete combat suit, Dora recently won an award of merit and a war bond for cutting out 50 suits in a single day and thereby hanging up a record for this type of war production.  Because of her extreme facility and remakable speed in handling the "clicker" or cutting machine, Dora devotes herself exclusively, at present, to this part of the process.
From 12 to 15 laskinlamb skins are required for the making of a single combat suit, which is cut out in 24 separate sections by as many dies, some pieces cut by machine and others by hand.  Standing at her "clicker", Dora may first stamp out a collection of sleeves.  Then, switching to another die, she will cut out another part of the suit, and so on through the day. 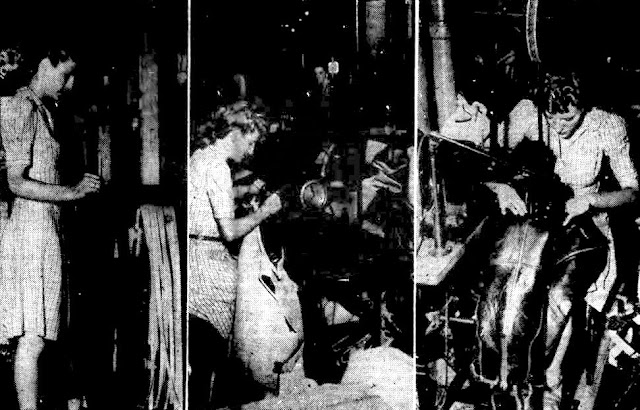 At another machine, Dora demonstrates the cutting of leather tape strips which will reinforce all seams of the suits.  Expert at almost all the operations that go into making the combat suits, Dora takes a turn at a sewing machine, attaching a collar to a coat and stitching tape. 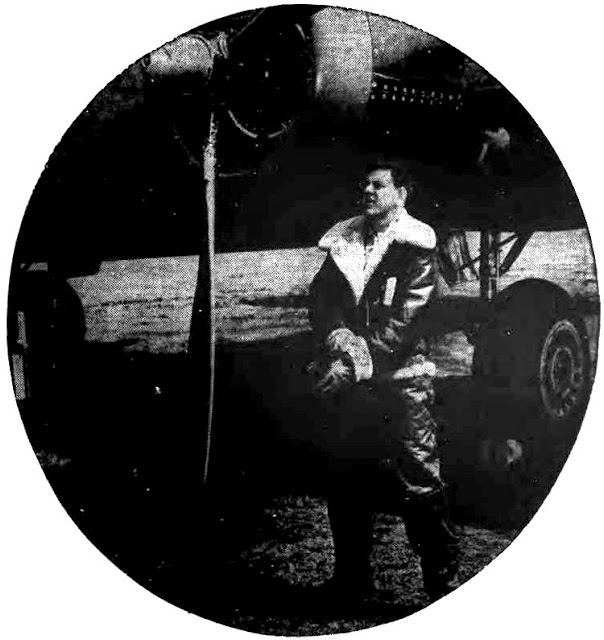 You hear little about war workers like Dora, whose job is just about as important as the munition and airplane workers because she helps to outfit U.S. airmen, like the one above, who is wearing one of Dora's suits.
Email Post