It interests me how many manufacturers of jackets there were at one point, from the big factories right down to one man operations. Here's the brief story of one of the latter.

Allie T. Hendricks was born on January 27, 1896. He worked as a clothes cleaner through the 1920s and into the 1930s. In 1936, he opened his own tailor shop in the one bedroom house at 1796 Trenton St., Denver, CO which he shared with his wife, Marie. Early directory listings indicate he produced leather jackets exclusively. Later ones use the broader term "leather goods". Like many small western leather shops, it seems he specialized in buckskin.

There is a bit of confusion over the name - his own labels read "AT Hendrick" (no S), but his directory listings and social security records spell it "Hendricks". He died in early 1981, aged 84. 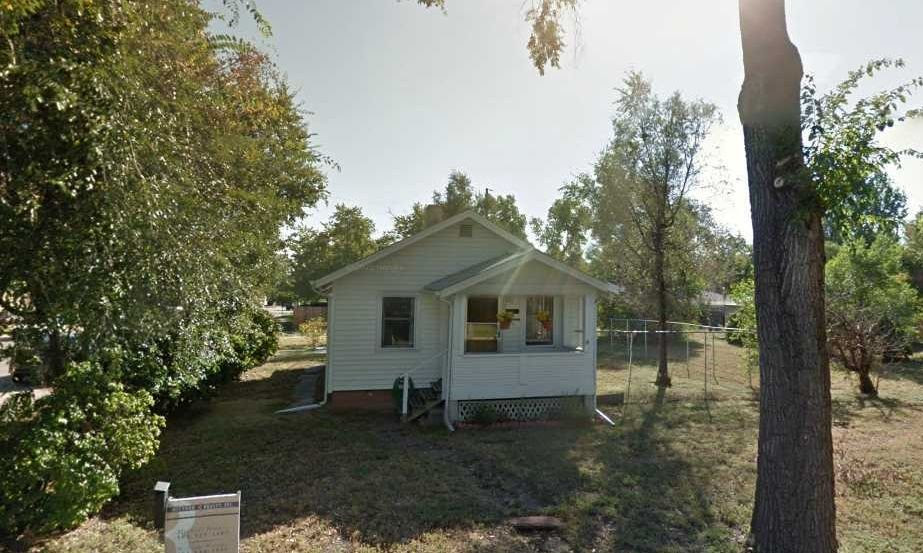 One of Hendricks's jackets. Button front, zipper pocket with a half-belt back. 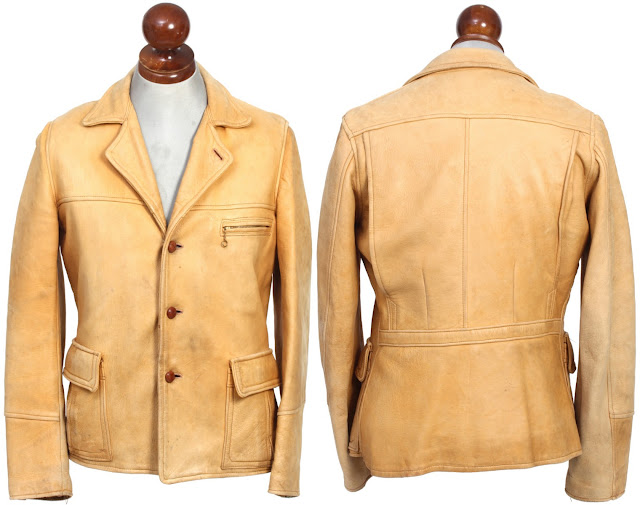 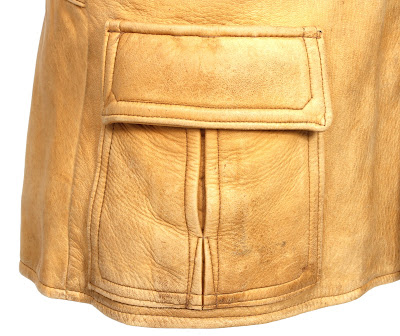 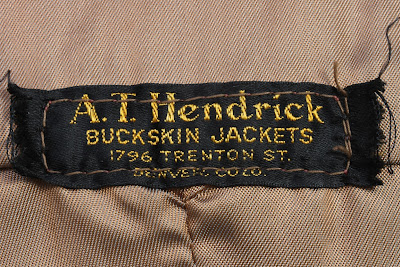