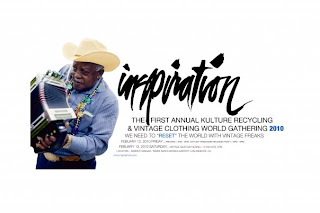 So this is a story about how I began collecting leather jackets.  The truth is in the early 1990s vintage was only a concept to me not a way to make a living.  I lived right next to Kensington Market one of the biggest vintage meccas in the world but I only saw the stores there as a source of cool old clothing that I could afford.  I had never even thought of Japan or fashion and had embarked on adventures in t-shirt printing and other "hobbies" dabbling in design.  It wasn't until an acquaintance explained to me that the "Japanese" paid a lot of money for certain items of clothing that my eyes began to open regarding the 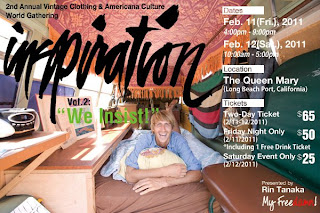 value of design and historical clothing.
Fast forward 5 years...I had been selling amazing leather jackets to everybody.  At this time the internet and the Farley Auction, and Ebay had hooked me up with dealers in Los Angeles.  By the late 90s I had been buying and selling with and to cool vintage nuts that I had never met or spoken with on the phone.   To shorten it up a bit..during this time a young Japanese photographer moved to L.A. and started expressing an interest in photographing vintage clothing and surfers.  This guy got to know all the best and greatest vintage collectors and dealers in America and Japan.  This guy through his camera bridged the entire Pacific ocean with beautiful photography of the best of the best of everybody's collections.  This guy was Rin Tanaka! 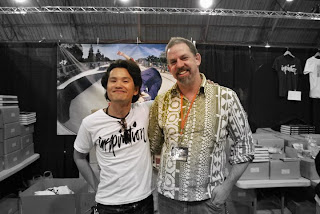 Rin was a huge catalyst for vintage clothing crazies everywhere.  No one had seriously catalogued vintage clothing outside of Japan in English.  Sure if you were smart you could get great images from magazines like  the Farley guide to Boon magazine ...but until Free and Easy magazine came out, and finally Motorcycle Jackets: A Century of Leather Design the real power and scope of what I was buying and selling had not gelled. 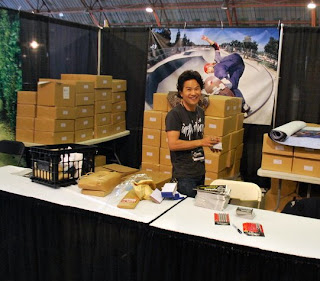 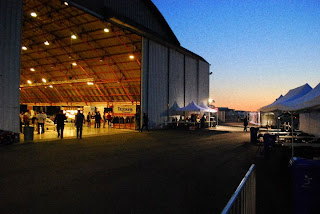 Rin's beautiful photography and access to all the best dealers re-contextualized what we were doing for a living on a day to day basis.  It suddenly dawned on me that the secret deals back and forth between guys in Toronto, Los Angeles, New York, London and Tokyo were really part of a giant global underground Cabal of loose vintage connections that were shaping the entire fashion industry.  When I ordered Motorcycle Jackets: A Century of Design and cracked open the spine for the first time my eyes grew wide with excitement.  All the best, hottest most inspiring leather jackets I had ever seen and not seen were between the hard covers of that book.  And even better than that many 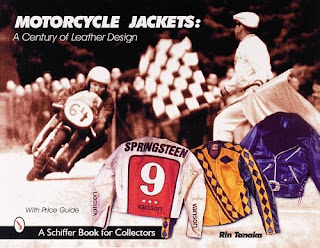 of the jackets were ones that I sold!  It gave me instant legitimacy and a feeling that I was participating in something greater than just buying and selling schmata.  I felt like I emerged from the shadows in one nanosecond of big bang!  Jackets that I held in my hands, these garments I sold were suddenly in a book, and a beautiful book,  I would have never thought!  I vowed that I would own one of every single jacket that was in that book.  I have almost achieved that goal and more.  I even bought back some of the jackets that were photographed.  Everybody in the vintage business contributed to the creation of Rins work but Rin changed the shape of the vintage business.  And now he has organized the greatest meeting of vintage bloggers, dealers, collectors and conspirators on the planet in L.A. 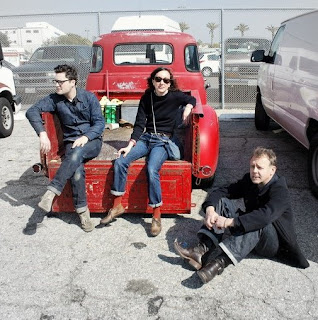 I had the privilege of attending the first Inspiration Show at Barker Hanger last year.  I hooked up with old friends, dealers, customers and even some of my nemeses!  If I had a recommendation for anybody who loves beautiful clothing it would be to attend the upcoming Inspiration show on the Queen Mary II in a couple of weeks and be part of the experience! 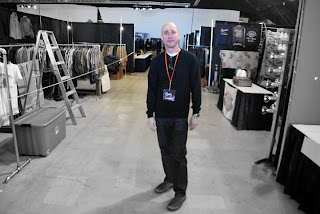 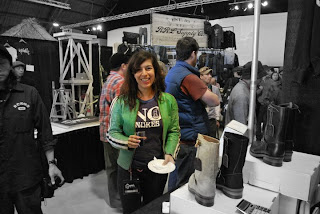 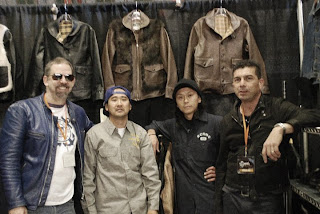