The Jerkin Vest: Horsehide Leftovers and the Commonwealth

Ever wonder about the Jerkin Vest.  Seems like an idiotic name for something so vital and necessary that the military made it common issue for soldiers fighting in cold weather.

Jerkins had a storied history as light coloured leather garments that were worn over doublets since the 16th century.  Always serving as protection from climate and wear, the jerkin vests of WWI 1 were issued to Canadian and British troops to assist in warmth and
protection while providing freedom of arm movement. 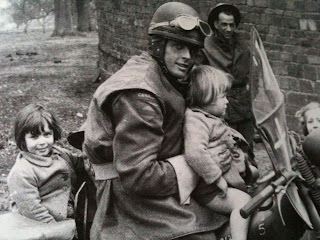 Because of the massive drain on resources both during WW1 and more so in WW2 the jerkin vest was a recycled garment.  Early brass button versions had the fasteners replaced with early plastics and vests were often assembled with bits and pieces of leather cuttings in order to save resources and money.

Soldiers of the Commonwealth often gave the vests favorable reviews.  I have owned 30 or 40 vests in the last 20 years and the quality and character of the leather and its finishes have varied over the years from thinner pigment finished horsehide to my personal
favorite and the one I wear which is 1.3 mm horse leather
with a dark brown aniline dye and nitro cellulose finish.

The garments were particularly useful for motorcyclists 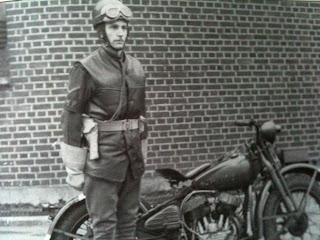 as the freedom of arm movement and ventilation was good for mid weather climates.


Like many garments, in WW2 the jerkin vest underwent massive research and development.  Colonel Rivers-Macpherson redesigned the pre WW 2 battle dress and webbing in an attempt to improve basically 300 years of similar design.  He proposed a new replacement for webbing and vests with his "battle jerkin" which was a radical departure from the traditions of jerkin vests.  Only similar in name this utility vest was made of canvass and served to house all the battle equipment a soldier would need to carry. 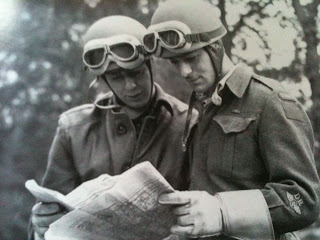 They were well used in the Normandy invasions.
(source: Mike Chappell )


I have both WW1 and WW2 jerkin vests listed on Ebay .  Check out the patch work of leather to finish the random assembly of the back panels.  It was a real testimonial to the frugality of the system at the time.  This patchwork appearance  typically doesn't re appear in leather production until pressures to save money in the 1970s resulted in patchwork hippy jackets made first in North America and later overseas.  Split leathers and off cuts became a way to maximize garment dollars and profitability.  In spite of the patchwork the garments superior Dominion Tanneries leather and vegetable tanned character make the garment far superior to modern garments.  The tight fit and practicality offer a simple ruggedness to these vests. 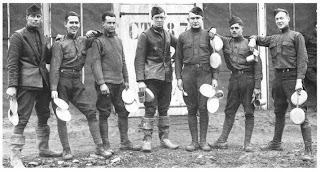 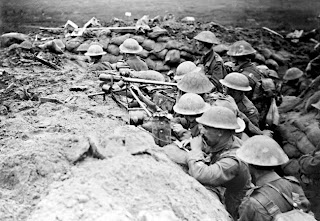 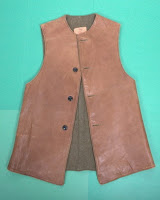 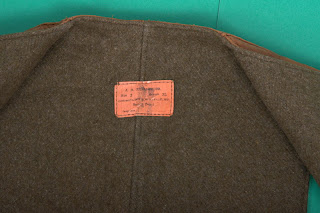 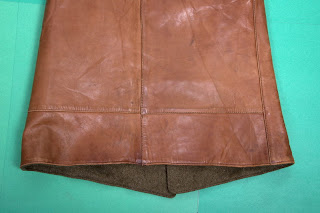 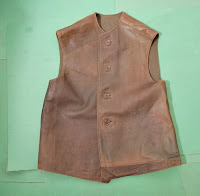 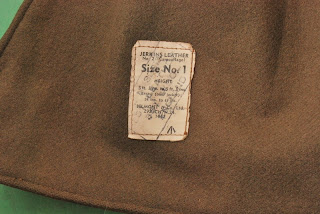 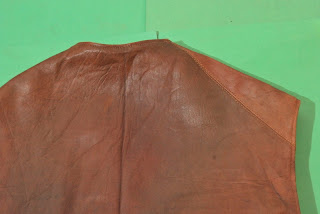