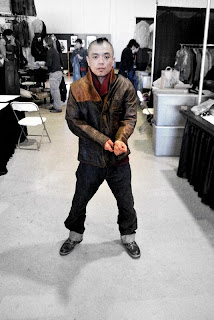 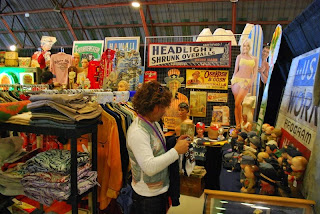 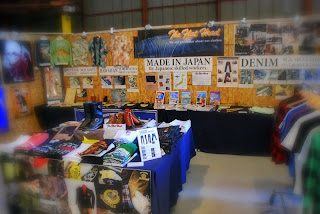 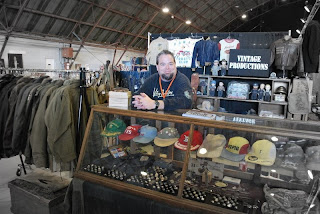 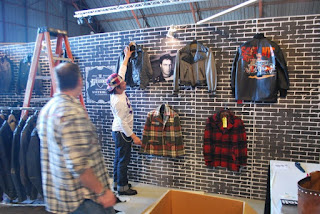 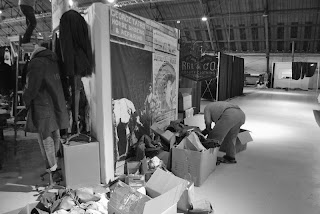 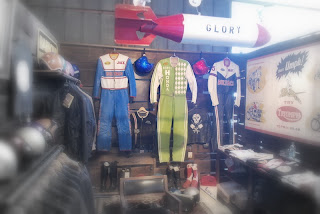 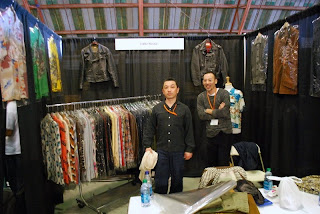 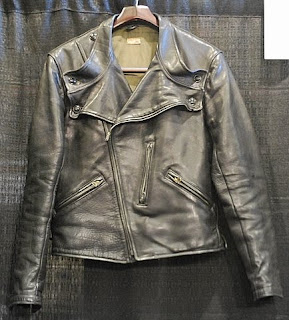 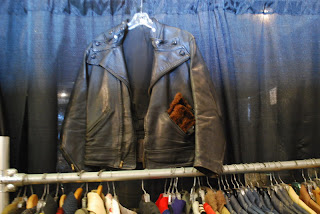 I was trying to explain to my good friend what I do for a living and how I ended up in Barker Hanger with a bunch of clothing geeks the other day. I had a shocking epiphany that in reality I was describing the last 20 years of my work and a brief history of workwear. How did all these little companies come to meet in Barker? What does Ralph Lauren RRL have to do with a surfboard maker, military reproducer, sukajan collector and a leather jacket geek?

When I started in vintage clothing in 1992 you might say the internet was "new" There were few options for selling vintage however Toronto was a strange locus on the map of clothing dealers. Japanese pioneers of "club culture admiration" converged with the old guard of hippy era vintage sellers and began the seeds of "Japanese" styles. By the time I started in the business, companies were in a full fledged attempt to grow into mega vintage companies! Here in my city the long tradition of Jewish immigration developed a locus of rag factories (many people like my grandfather started their clothing companies by collecting old clothes and repairing them, which probably initiated the model of "copy and improve). By the 1970s huge waves of immigrants fleeing east Africa and Idi Amin took over the "Schmata" factories here and grew the business. This vast archive of clothing made Toronto a center for vintage with no outlet to sell it. Toronto vintage dealers had to work hand and hand with L.A. vintage dealers selling their wears. Eventually the dealing order was broken down by early websites like Farley.com and Ebay. The lines between vintage pickers, vintage dealers, designers, and new clothing brands disintegrated. New clothing companies replicated vintage, vintage clothing companies made new clothing, pickers became retailers, dealers became designers. This massive mixup and breakdown of barriers has reinvented the "workwear denim culture" of the 1930s 40s and 50s without any of the production efficiencies of the North American Factory system. Its like everything is starting back in 1930 all over again!

So the natural order of things was a complex web of operations. Toronto guys would sell to L.A. guys. The L.A. guys would sell to Japanese stores. Japanese fashionistas would set fashion trends and they would get replicated from the street to designers back in London and New York. Slowly the speed of the cycle got faster and faster until designers went straight to the vintage dealers in L.A. and N.Y.C. cutting out Japanese street fashion. Soon pickers stopped selling to dealers, and started retailing through the web. After that designers started saving money buying from pickers...and pretty soon after that dealers were becoming designers...this wonderful anarchy created the "Inspiration" show!