One Month: Adventures in Laos and Moto Culture 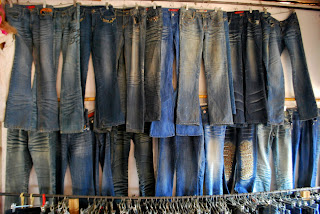 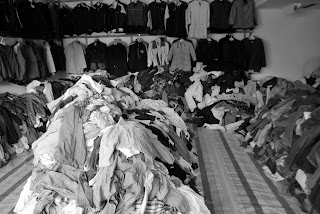 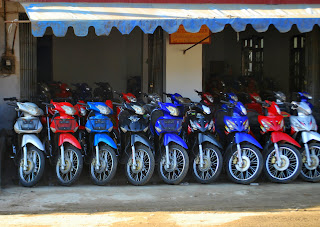 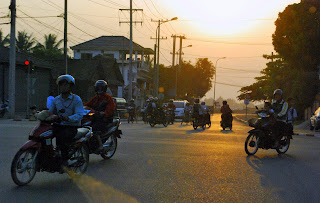 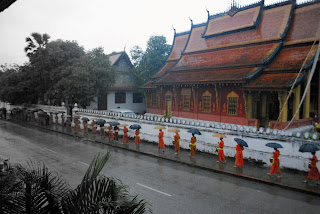 I've been gone for one month. Nancy and I were on a whirlwind tour of suppliers, potential suppliers, fabrics, tanneries, zipper makers and potential buyers. Traveling from Laos and Thailand, Japan and Los Angeles..we have been following the trail of vintage clothing. From the used markets of Luang Prabang to the chic stores of Harijuku. Guiltily, I've not posted for a while and of course am now fearing and loathing my first post back.

I've always marvelled at the early culture that lead to the boom of products associated with motorcycling. The earliest steam powered motorcycles were invented in the 1860s. Not very functional, early companies were offshoots of bicycle companies. The simple technologies of bicycles combined with new fangled engine inventions exploded into competing companies like Indian motorcycles and Excelsior. Motorized bicycles did not exactly take off but pretty soon they were seen, used and adapted as fast and adventurist replacements for horse and buggy. Races and national promotions combined with the development and paving of roads across Europe and North America helped fuel a boom of Motorbikes, until the bigger, and cheap Model T Ford came along. I've often tried to imagine what that early period must have been like! Laos is probably very similar to that early period of motorcycling in America. Few paved roads and hard to find expensive gas make zooming around economical for men, women and children. Bikes are converted into almost every configuration imaginable; like the early days of Harley taxis. Scooters are familiy transport, sort of motorized donkeys, bikes are used for every purpose from transport to farming. I can just almost imagine all the leather jacket makers poping up here if it were not 38 degrees outside! 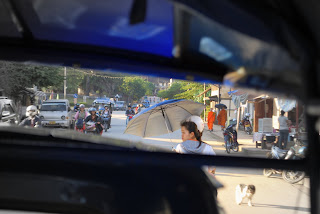 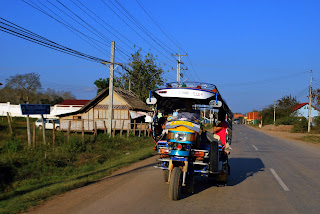 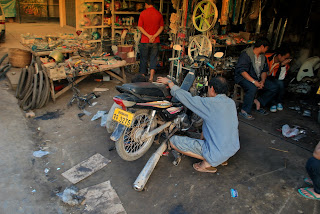 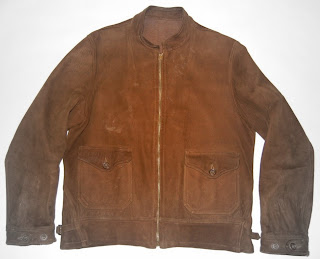 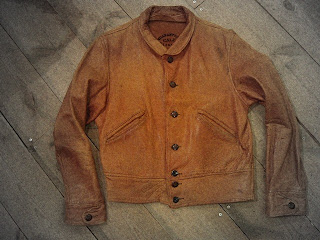