Quadrophenia, "Ton Up" and the Cafe Racer 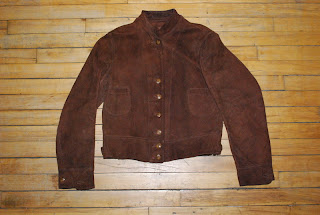 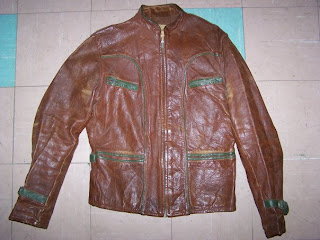 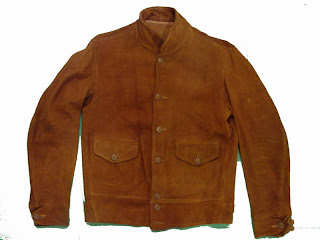 When I was fourteen I remember feeling super cool and rebellious secretly watching Quadrophenia about the trials and exploits of youthful English mods and their exploits and clashes with Rockers. I had no idea who these subcultures represented yet I was drawn so much to the film that I went out and bought a fishtail parka. I could not see the connection. Later in life I started to listen to every genre of music I could get my hands on, including punk, ska, reggae, rockabilly, old soul, rock, funk jazz. I was continually exposed to these massive cultural productions and still I had no idea about the cultural context, politics and subculture that spawned all this energetic music. 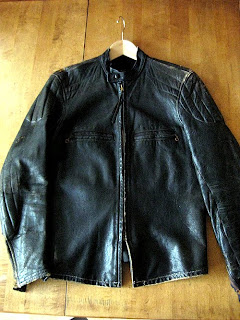 Recently I started moderating on my friends motorcycle club site "Dotheton.com" and never even asked what this term "the ton" meant? I was selling "cafe racer" leather jackets and had no clue what the origins of "cafe culture" implied. I was sent on a research mission!

Post WW2 was an interesting time in England. Like the U.S. and Canada, soldiers returned from the stresses and dangers of post war Europe to a quiet life and an shattered economy. The work of rebuilding Britain included a rapid new transportation system and a baby boom. With the massive surplus of cheap available military surplus motorcycles, post war riders would buy up these clunkers and customize them for civilian life. The roadways in the English countryside were winding and often in bad shape. Many of the routes traversed original roman roads that weaved through the English countryside avoiding ancient topographic obstacles long gone. Motorcycle enthusiasts would chop down their heavy military bikes into racing machines capable of handling the bad roads with their winding turns and poor conditions. With the paving and creation of asphalt Ring Arterial s around the larger cities, and the building of Cafes to service this new transportation network, the cafe race was born. Hungry for adventure, motorcyclists would customize their bikes (ranging from bobbers to "cafe racers") for handling and speed, and then race each other from cafe to cafe, roadside stop and back. Often the race was timed by playing Rock and Roll on the Juke box and if the speeds hit 100 mph..the rider was said to have done "The Ton" or reached the 100 mph mark. These were referred to as "record races" as in the time to play a song on a 45 vinyl record. Needless to say the culture of customization, bike culture, clothing and location are all what are referred to in "rocker" or "greaser" culture.

The cafe racer jacket is one of the many offshoots of this post war motorcycle culture. Cafe racers refer to a British or European style of simple sleek leather jacket particularly functional for racing. Minimal pockets and impediments were left off, and tight fitting military style cuts, with a mandarin collar were the norm. This type of jacket appears very early in Canada and Britain. I have many examples of simple mandarin collared jackets from the 1920s and 1930s. But that final racing style became common in the 1960s and 1970s made by such great companies as Lewis Leathers, Beck, Brimaco, Score and Buco. 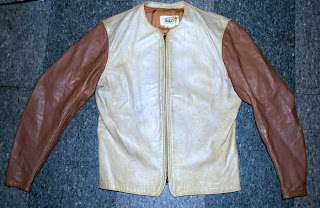 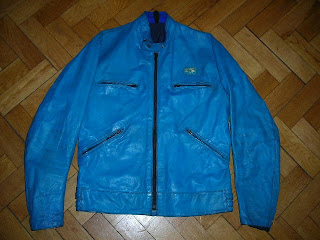 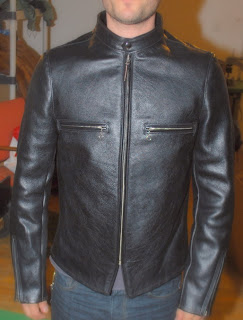 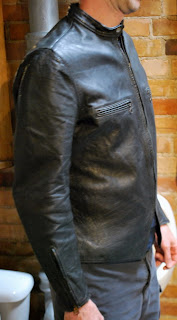 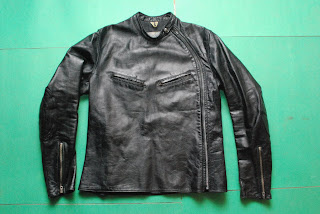