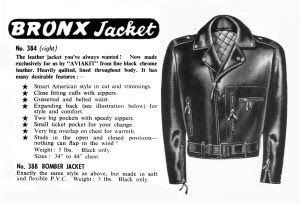 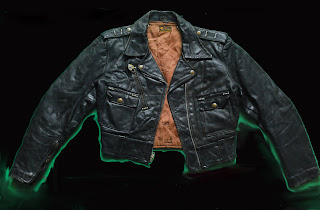 One of the greatest and oldest leather jacket manufacturers was Lewis Leathers in England. I had never been exposed to Lewis' jackets because of the high cost of quality and the fact that few North Americans owned British jackets. I bought my first Lewis jacket ten years ago and immediately fell in love. In Rin Tanaka's first motorcycle book there was a healthy chapter on British jackets and of course a tiny section of Canadian makers. Once I held a Lewis jacket in my hands I was an instant convert. Thick European hides and tight fitting manly designs and that unique square map pocket differentiate Lewis' jackets from the competition. Lewis' jackets are highly revered in Japan, making it pratically unaffordable to purchase one on Ebay.
Recently I spent some time interviewing the owner of British Manufacturing Company or Brimaco...possibly Canada's oldest leather jacket maker. Jerry gave me a long history of his company going back to his Great Uncle who emigrated from Germany to London and from London to Montreal to open Brimaco around 1895. British society and the empire was exceptionally tollerant toward Jews in the period. The British were the first to elect a Prime Minister of Jewish heritage in 1874, Benjamin Disraeli. Because of the horrid living conditions elsewhere in Europe the finest tailors of the day dispersed amongst England and the colonies bringing their expertise with them. During this time early industrialization and the invention of the sewing machine gave rise to the boom of the "Schmata" business.
Jerry told me that he would visit motorcycle competitions in England and California to see what designs were popular. He was directly influenced by Lewis Leathers and Bates of California. Obviously there was cross fertilization between English designs and North American makers. These are pictures of a classic Lewis Leather Jacket and a very early Brimaco jacket from the 1940s. See how the Brimaco is a hybrid of a Harley Davidson jacket cross combined with some details that are clearly European in inflection. Canadian jacket makers were not boring, nor were they copiests. Each maker had their own unique styles. Jerry who ran Brimaco clearly brought inflections of design details back to Canada from his Hebrew "cousins" in England. 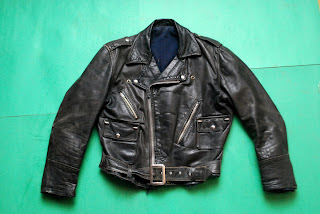 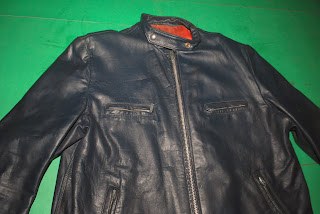 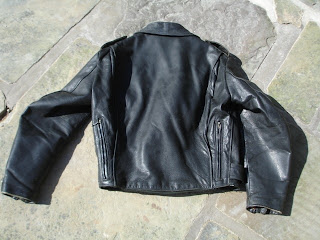 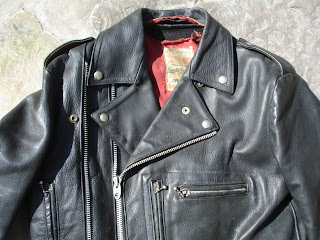 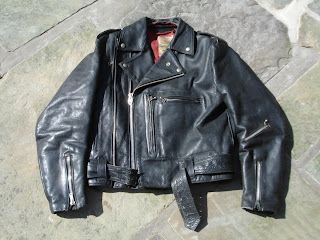