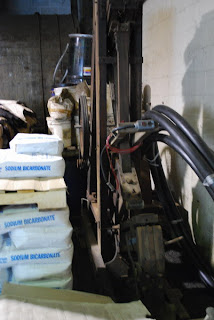 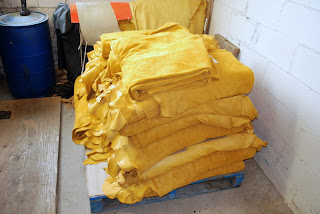 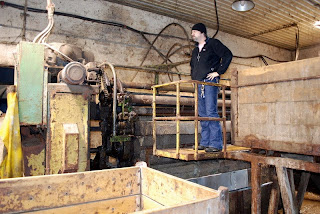 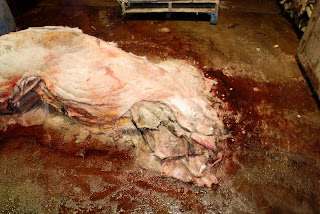 "The Slow Food movement was founded by Carlo Petrini in Italy to combat fast food. It claims to preserve the cultural cuisine and the associated food plants and seeds, domestic animals, and farming within an ecoregion. It was the first established part of the broader Slow movement. The movement has since expanded globally to over 83,000 members in 122 countries." from Wikipedia

Slow food for clothing is not a dissimilar concept. My politics are all about regionalism. That doesn't means I only consume production from the GTA, Ontario or Canada it means I love and respect regionally created goods made with care and tradition with a nice slow old school anti technology edge! This means...I love scotch, especially small batch scotch from Scotland. I love balsamic vinegar..especially from Modena..and I looooooove North American vintage leather jackets...city by city, maker by maker. I believe we need to consume less, I believe we need to know where the things we buy are made and by whom. Essentially I believe in craftsmanship not as a "brand concept made on the computers of an advertising agency", not as a "long past fantasy the exists in the ether of the past", but as reality of day to day existence. This concept is so foreign to today's commercial production that it is almost impossible to implement. I am working locally to come up with recipes for original veg. tanned leather from the pre 1940s. Wow, everything is stacked against these traditions, the chemistry, the quality of the skins everything. Philosophically we need to take this approach to consuming in order to save the world from the heaps of garbage and joblessness impending on the horizon. If we dont make better things, more traditionally and with the kind of quality that we used to we will exhaust our resources and our well being.