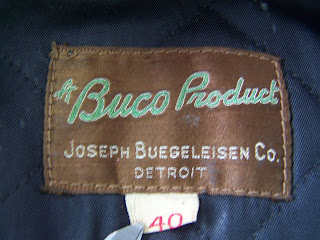 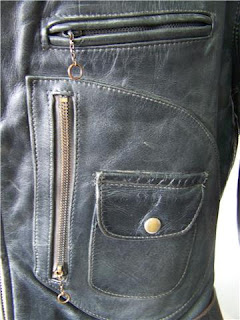 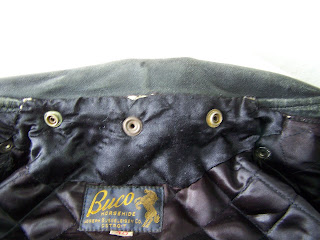 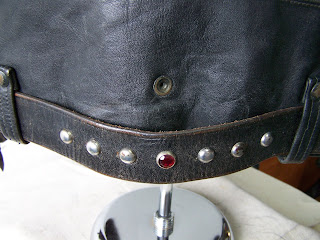 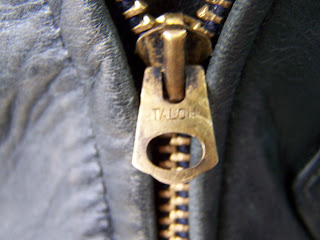 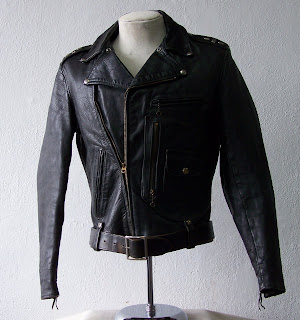 Ok so what the hell does that title mean? Well one of my devoted customers sent me an article from Newsweek which explored the link between authentic American clothing and the obsession in Japan which allows Americans to purchase "real" clothes in the U.S.

The article is moderately intersting in so far as it surveys in the vaguest detail trends in Japan coming home to roost in America. Part of my business is to not only identify trends in vintage clothing but in fact to initiate those trends by selling to the boutique stores in Japan and designers here in N.A. Those designers "Double RL, Abercrombie..et al" come to guys like me to find clothing to "knock" off. The real trend over the last couple of years has been to recreate in varying degrees of authenticity, early North American work wear. This is rife with irony. Unionized Labourers (mostly Jewish and Italian) came from Europe to produce some of the finest clothing of the new industrial age in Canada and the U.S. and now American companies are copying it (mostly in Asia) and bringing it back to America. Im not going into the whys, whats, rights and wrongs of this process. What I find most intriguing is that all of this fertilization is inspired by and spawned by the Japanese (the first China..knockoff wise in the 1960s and 70s) and their obsession with American Authenticity. My Japanese customers know more about American clothing than Americans. Walter Benjamin, Literary critic who was murdered by the Germans in ww2 wrote the keystone article regarding authenticity "in the age of mechanical reproduction" which asked the question what is "authenticity" in a reiefed mass produced culture. This question of mass production, value and quality turns out to be the keystone of our current global economic meltdown. While centralised garbage is being pumped out of China, and bankers (like the pigs at Merrill who gave themselves 3.6 billion (revised to super pigs) in bonus' this year of U.S. tax payers money) suck the economy dry, a movement toward traditionalism of early "late capitalist production values" is on the move. Japan, a country of few natural resources and space has spearheaded this movement for many reasons that I will explore in coming months in my blog.

Ok enough of that. Why the pictures of the Buco jackets? Buco is one of the most revered motorcycle jacket brands in Japan. Buco produced some of the most iconic designs ever in Detroit Michigan. Nice Jewish immigrants the "Bugeleisen" family were masters of their trade for a generation. They eventually spawned multitudes of copiests, and were eventually like many of the great Schmata companies retired into oblivion unable to compete with the cheap knockoffs from Japan, and South America. These two jackets are recent acquisitions which I am going to put up for sale on ebay in the coming weeks. Both sz. 40 they come from an old time biker in California who is in his 70s. Every 15 years he bought himself a new jacket, notice the custom spot work on the belts. This is real Americana at its best!!!