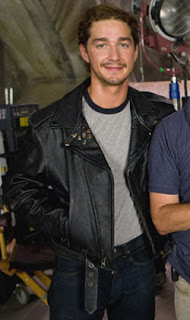 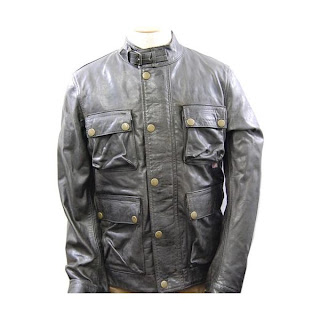 Every once and a while I am called upon by the film industry for some consultation. I really enjoy this work because they tap me for "expertise" on how to create authenticity for their historical period clothing. There is nothing that I enjoy more than a film that captures the verisimilitude of a period vis a vis correct and fabulous costuming. Last year I worked on Amelia Earhart staring Hillary Swank. The costumers needed authentic vintage jackets to recreate the look of the 1930's and I was happy to share my interest, knowledge and collections with the film makers. Many of my jackets were used in the movie. The other main contributor to the film was Belstaff. Belstaff and other companies are often called in to make historical recreations to fill the size gap differences that cannot be achieved because modern men and women are often much larger then the people of the 1930s. In the case of Earhart, her original flying jacket (which was made by Abercrobie in the 30s) would be next to impossible to find so the film staff or private contractor would have to make a copy. 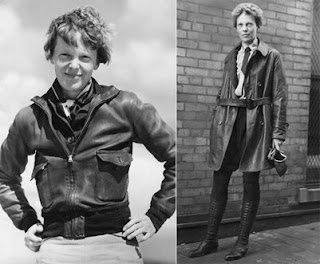 I went to see "The Curious Case of Benjamin Button" yesterday and I was for the most part impressed. There are many stunning examples of original period jackets in the film. You could not have a better model than Brad Pitt to wear a jacket and he is an excellent 30s and 40s period archetype persona. The wool plaid jackets and leathers were for the most part stunning and accurate. The film has a gritty feel and look and the costumers go to great lengths to find accurate clothing. Belstaff contributed several jackets to the film and if I had found a picture of their 1930s shawl collared sheepskin and horsehide button up barnstormer jacket I would have posted it. Kudos to them for creating not just the nice tight cut but the jacket look fit seamlessly into the film. This did not hold true for their other creation pictured above. The four pocket jacket seemed frilly and out of place on Pitt in the film. It did not fit the character or the time or place of the film and it would be highly unlikely that the character of Button would have owned this jacket regardless of the look of the jacket. Oh well, marketing opportunities often outweigh the desire to be "authentic". Seems a shame though as films like "The Motorcycle Diaries" and even the most recent "Indiana Jones" with Shia LaBeouf really capitalize on historical iconic referencing with their fantastic recreations of early motorcycle jackets. I'm giving the leather a 50% score in the film oscillating between brilliant and banal!
Email Post