Hiccup, the elections over maybe back to Business 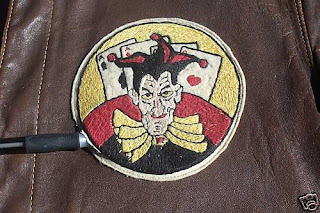 The last bunch of years has been a bit of a joke. My business (the vintage clothing business) has been hammered by Bush policies and general right wing agendas. First it was SARS when American media tried to demonize Toronto because people had the flu, then the dollar bouncing and now cheap knock off crap from China (Im glad Wallmart is richer) and wall Street greed. I have to say I actually was a bit emotional when Obama was elected last night. We just went through our own election here in Canada and as usual it was uneventful and more of the same.
American elections hold a real interest in Canada. In reality American politics often dictates as much about our policies and economy as our own government. As you can imagine Bushy hasn't really been very good for Canada or Canadian values. After I watched Obama get elected most (not all) people here in Ice land sighed a sense of relief. Like maybe we have a new hope for change away from the madness of the last 8 years. We all lost money, we all feel badly for people embroiled in war, and especially me, I feel for my friends of color especially my black friends who after years of experiencing racism in one form or another breathed a sigh of relief, like it was finally not completely wrong to be black. I actually was moved.

Just a thought, now that there is a new President: People are still going to be bigoted in America, Canada and the world, but isn't it nice to know that it will become just that much more unacceptable and less the norm and more the exception. Next we need a Gay president or a Woman, or a gay women...we can keep this thing going! And when it is all done, we can elect people who actually represent ... Read More their own politics, and don't bow out cause they smoked a joint or their kids friend published naked pictures of their privates on the internet or because they hung out with the wrong person when they were 12, who knows maybe one day we can live in a clean environment and where oil company s and banks don't dictate domestic and foriegn policy and where mutual respect and hard work are rewarded and where deviant social behavior is punished and or reformed, wow....I think I saw that show it was Star Trek the original series!
Email Post