My A-2 For Sale, Ebay and the Declining U.S. Economy 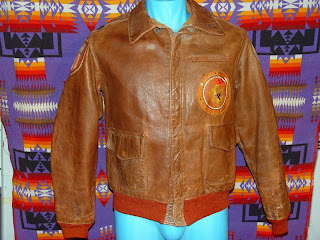 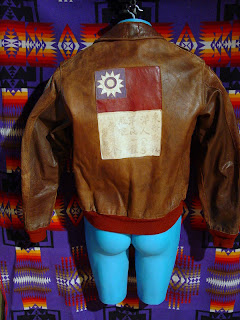 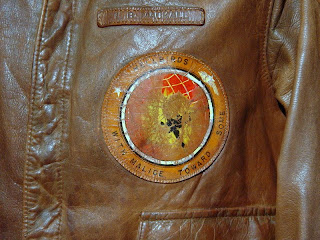 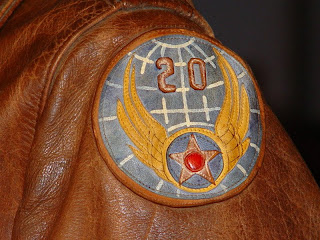 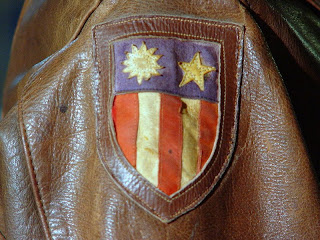 So I have a rare piece that I am selling for a friend. Recently with the downturn in the U.S. economy more and more of my customers are Asian or European. In fact for the last six months my sales have switched from approximately 70 percent American 30 percent other to 90 perecnt European/Asian/Australian 10 percent American. Worse still, I now get vitriolic emails from frustrated Americans who are mad about my prices and go out of their way to curse. It is very strange to be selling in a world market and being yelled at from one corner of the world. I feel badly for all the people including my family that are suffering because of the greed of wall street and the impotence of the U.S. government to curb the Ponzi scheme that allowed for the fleecing of middle class people across the world, but guess what, I have to make a living too and cant give away merchandise! That being said, I have this incredible A-2. It is the jacket of Laidlaw Bowie Mackall, who as it turns out was a war hero of the China,Burma, India Japan theatre and winner of many many medals. This is a real gem of a rare rare moment in the history of World War Two pilot history. While getting a lot of interest on ebay I had no real offers, so feel free if you are interested to email me one!!!! Here is a little piece of history on this jacket:

HIS SPECIALTY WAS PILOT B29 VHB

The following was Col. Kalberer's recommendation for Major Mackall's Silver Star, based on his efforts to save Major Slack's plane.

On 6 January 1945, a formation of five aircraft from the 462nd Bombardment Group, were on a daylight strike mission against Omura, Kyushu. This formation had been assigned the lowest altitude of all formations making the strike and were supposed to attack first. However the other formations hit early, and the five plane formation was the next to last one over the target. As a result, the enemy had been thoroughly altered and has been able to get a large number of fighters into the air over the area, which he now knew was the object of attack. Immediately after bombs away, the first fighter attack and knocked out two engines of the lead airplane. Major Mackall, pilot of the deputy lead airplane, was informed of this fact over the Command Radio by the Formation Commander. As the damaged airplane began to lose speed and altitude slowly, it was apparent that unless protected, it would soon be shot down by enemy fighters. Major Mackall decided to keep with the lead plane and cover it as best he could. With great skill and determination he remained close on its wing even though the damaged plane, somewhat disorganized, flew directly over **** and a heavy anti-aircraft barge was encountered. By this time, about fifteen minutes after the first attack, the lead plane had slowed down to 160 MPH. Disregarding the fact that their slow speed had enabled the fighters to make very accurate attacks, and that about thirty more enemy planes could be seen climbing to engage the formation, Major Mackall, with cool disregard for the increasing danger from savage and hard-pressed enemy attacks made with aerial bombs and machine guns, gallantly remained with the damaged airplane to afford maximum protection for its efforts to reach rescue craft off the coast of Japan. For about thirty minutes, he kept with the cripple, which had lost altitude until it reached an undercast. To descend through the undercast would have forced him to leave his charge and required a climb before reaching his home base. he realized that to render further aid would have been futile and that the enemy fighters were low on gas and ammunition. He therefore left the damaged airplane to descend into the cover of the undercast and successfully brought his plane back to its home base.