This vintage jacket was made in Kansas City, Missouri, as a civilian version of the US army B-2 Flight jacket, issued in the early 1930s, and replaced by the B-3 in 1934.  The army version was made of horsehide, with a single breast pocket, attached belt zippered cuffs on the inside of the wrist, and a full alpaca lining and mouton collar.  This jacket was produced with a civilian label and a few alterations to the pattern.  This jacket is made from capeskin, and with handwarmer pockets instead the large breast patch pocket that was universally removed from the army production version. This jacket has an off-center Talon main zipper, with bell-shaped slider and unmarked diagonal-stripe sunburst stopbox.  The sleeves have zipper cuffs, with early pattern United Carr snaps and bell shaped talon zippers.  The jacket has heavy wear, and the label has been partially worn away.  The remaining text reads "aviation" and "Kansas City Mo". There is a remnant of what looks to be a wing logo.  The size tag is of the black and yellow design used on military jackets, and the pocket linings are the distinctive shade of twill used in the linings of A-2 jackets.  These details point to this jacket having been made as part of a specialized civilian aviator's line by a manufacturer which held a military jacket contract. 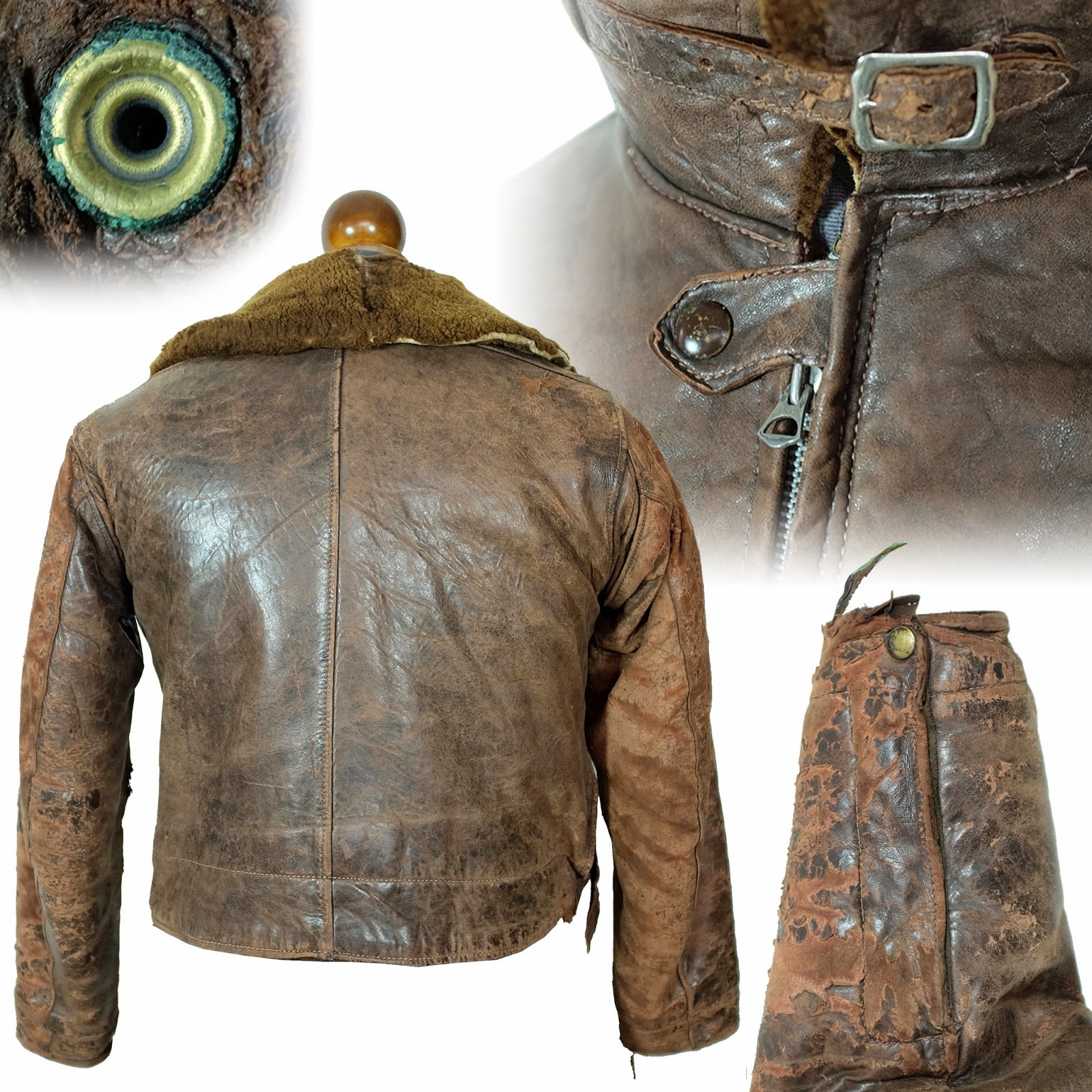