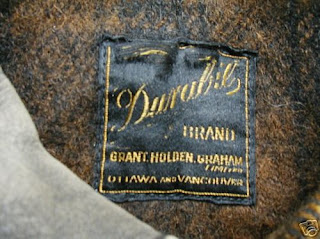 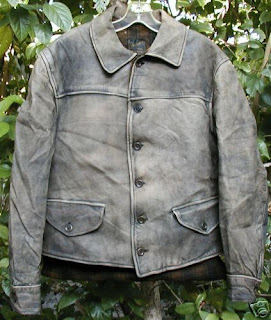 The 1920s was an interesting time for leather jacket manufacturers. Before the boom of radio and later t.v., North America was reliant on printed media to spread marketing and brand. The majority of the economy was centered around ports of call, and the major transport system was the Great Lakes Waterways. This made the port cities on these lakes the major producers of the great transportation revolution. Cars, planes and motorcycles needed the appropriate gear to go along. The modern motorcycle jacket and other leather jackets were based on the primitive designs that had always been used in Europe for horseback riding and work wear. The American jacket was born of the cross fertilisation of those Euro styles with Native American wear, rugged wear required to settle North America and innovative designs to adapt to the modern age and technology. This innovation often happened in a vacuums as different companies rarely had opportunities to see each others designs until catalogues were printed or big stores could distribute. Early jackets have great historical importance because of these isolated innovations. Check out this awesome early Durable Brand Canadian Jacket. Durable survived many many years producing utility jackets for many police forces. I have a great many of these jackets, and I'm pretty sure I read that Schott bought the company at some point. This early jacket would indicate that the company probably started under a different name and that they had in fact two locations: one at the Port of Vancouver; and one in Ottawa the capital city of Canada. This usually indicated a family presence in both cites, as well as an unusual example of east west marketing to capture leather markets up and down both coasts. The jacket pictured has the classic early primitive pre-zipper design, which included generous eggplant per portions to accommodate riding pants under the jacket. Not flattering but very useful.
Email Post