Skip to main content
Labels
Posted by David Himel May 22, 2008 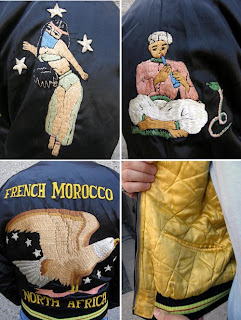 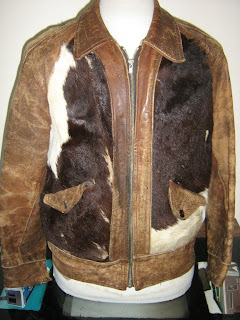 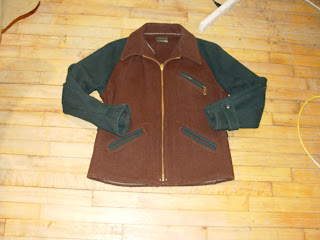 So I found myself explaining the two tone 1930s wool jacket with a grommet zipper to a friend the other day. My friend suggested that the jacket style and design was a bit "swishy", perhaps less manly. I was shocked! I suddenly realised that I had a very different concept of manliness then todays 21 century view. I find metrosexuality ridiculous. I think many of the designer jackets made today are full of frivolity and uselessness, extra buckles and meaningless pockets. But I still need to explain why these colorful old jackets are still tough guy jackets.

Metrosexuality is a co-optation of gay culture by straight men. Someone mistranslated the message. In the 1930s men had a uniform, either a suit or a military uniform, or perhaps work jackets and pants or other socially prescribed outfits. Those who wore leather jackets, or other kinds of jackets were often seen as rebels, or adventurers. Those that wore colourful leather jackets, or customized jackets were seen as uber-rebels. Bright colours attract attention, customization attracts attention; when you broke the fashion codes of the uniform you were attracting the attention of others, and if you wore the uniform of the rebel, you attracted extra attention. This story of rebellion didn't mean that the jackets were frivolous, just the opposite, still practical and utilitarian but with extra "bad-ass". Gay culture also expressed this version of "bad-ass" in many of it's vintage fashion statements reflective of the hyper-masculinity celebrated by gays. But this hyper-masculinity today is definitely not to be confused with "metrosexuality".
Email Post
Labels: INCRIDIBLE CUSTOMIZATION AND TWO TONE JACKETS