Women, Leather and the History of Girl Power

A dear friend who writes for the Globe and Mail Newspaper business section asked me a pointed question; are you only writing about and interested in men’s jackets? A wave of horror shook my spine, as I consider myself very gender equal in my interest in fashion. I had the sudden realization that I had devoted very little time to the woman’s leather jacket. I reflected on this, and reminded myself that my greatest enjoyment in life is to locate a fantastic leather jacket and have my sexy wife try it on! My second greatest enjoyment is when her swish upscale friends live in jealousy of her fabulous vintage jackets and complain when they cant find anything near as good at Holt Renfrew our local upscale shopping stop!
So why the lack of talk of women’s leather? Well, as I was reminded today, women rarely wore leather in the old days. Leather was a work jacket, a hunting jacket, a flying jacket but not so much a fashion jacket. Very few women’s leather jackets remain in the historical record as compared to men’s ones. It was the rare woman that wore leather. She was bold and unique, blazing trails for today’s woman! These women were the Amelia Earharts and Katherine Hepburn’s, adventurers and pant wearers! I decided to research Earhart today, and found out that she lived and worked just up the street from me on Spadina Ave in Toronto. Earhart came to Toronto to visit her sister and stayed to work with returning war vets at the then Spadina Military hospital up the street from me. It was here at the Canadian National Exhibition that she met flyers and discovered her passion for flying. And it was women like her (rare and few and far between) that wore leather. Amelia’s favorite jackets included a European tailored horsehide trench coat, and an Abercrombie A-1 style button up jacket. These were important styles that were much more typically worn by men and were the early prototypes for the much more famous jackets that were developed during WW2 for the famed pilots and soldiers on all sides of the war. The 1930s styles were simplistic and clean and reflective of intuitive tailoring that had been more or less untouched by the industrial age! 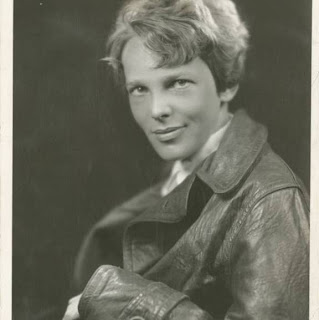 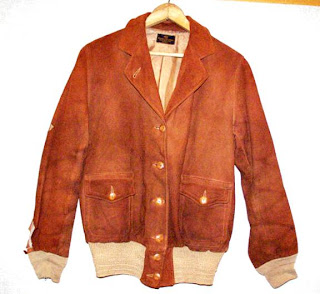