I've spent the last thirteen years digging in the basements of old stores and wandering around old schmata factories looking for rare treasures. My grandfather had one said factory and I often think I got into the business of vintage when my Great Uncle Benjamin passed away, leaving a store with 75 years of goods tucked into the basement still to be sold. Benny used to say to me "business is business" and in his own way was a hero to his neighborhood which transitioned from Jewish to Portugese over the 80 some odd years he had his store there. Ah, back to the narrative at hand. I had one instance where I interviewed the owner of Brimaco Leathers (British Motorcycle Company) in Montreal. I was hunting down old patterns. This was one of the biggest and the oldest manufacturers of leather jackets in North America, starting around 1890. The gentleman was 75 years old and the grandson of the first owner. As the conversation progressed, a picture of old time leather factories emerged to me. He regaled me with tales of the old days before he shut the company down in the 90s. He made great claims of designing jackets before Buco and other competitors, he even told me that it was him who invented Coban thread (wrapping cotton and polyester together for increased strength) and how he used to pull jackets behind his car on a mannequin to test the strength and durability of his products. Tales aside, over the years it became obvious to me that all the manufacturers were aware of each others designs. Copying and borrowing was part of the schmata game. When a police department needed a jacket, the spec was put out and whomever made the jacket the cheapest won the contract. This is why you can see the same model of jacket made by 10 or more companies. Now to my point, I hear people say and claim they designed the "one star" jacket or it was "their" jacket used in such and such film. Like ... Schott was the jacket in The Wild Ones; or Buco was the first to design this one or that one. I can tell you that history is rarely so clear and until I meet someone with the brochures for every company with every jacket design, with dates and model numbers, we will never know who made what first, and what was designed by whom. All these great old men shared and competed for the same designs. Case in point, compare the jacket Brando wears in The Wild Ones (I met the director in N.Y.C. in the 80s, Lazlo who worked with Fritz Lang) to an original Schott jacket from the period. Note the Schott placement of the cuff zippers on the inside and Brando's are on the outside, and the main zipper is diagonal on Brando's but not on the Schott jacket! Hmmmm was it really a 618? 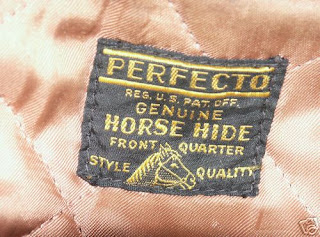 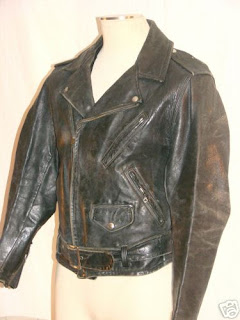